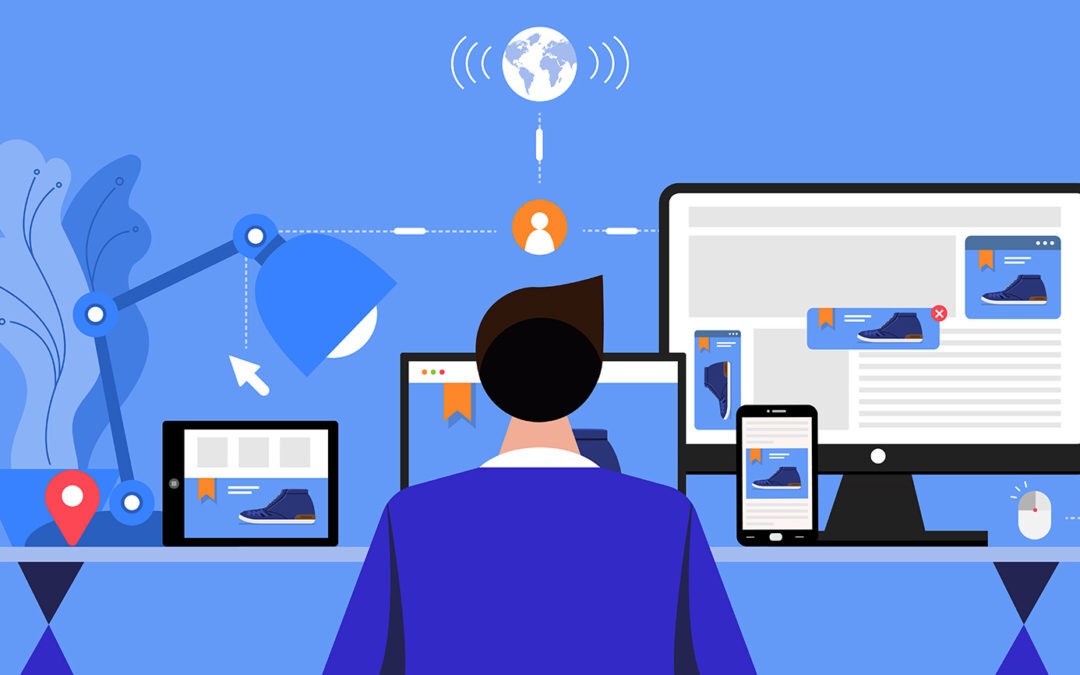 In static remarketing, you can target audiences based on a page they have visited.  For example you can specify the page www.example.com/cart and then advertise to the visitors of that page.  You can also target them by groups of pages, such as all pages whose URL contains /shop/.  This is useful if you want to target anybody who looked at a product page, or to target people who have already bought something (because people who’ve bought something have visited your Thank You page).

The ad is any ad you design.  So normally you are creating a banner (or re-using an existing one) and showing them that.  The main point is, it’s static and everyone in the group you target is going to be shown the same ad.

Google gives you a static piece of code. Usually it’s placed on every page and it’s the same code everywhere. Placing this code is something most of us can do: you don’t need to be a programmer, it’s all copy and paste.

Dynamic remarketing audiences can be targeted much more exactly.  You can pick them by their behaviour such as how much they spent, what they put in their cart etc.  Very commonly, you target them based on a specific product they viewed.  And athough that last one is technically possible with static remarketing, it would be an awful lot of work to manually set up individual targeting for every product in your webshop.

A dynamic ad changes according to what the person did.  If they looked at product A or put it in their cart, then you can show them product A again in the ad.  You can also show them similar products, other products commonly bought together with product A, etc.  You are matching the ad to the target audience.

This is the tricky part.  Dynamic remarketing has a standard piece of basic code, but it needs values (parameters) to be sent to it.  How those values get sent is different website-to-website.  In other words, somebody needs to do some coding.

… you are using a standard platform such as Shopify, WooCommerce, etc and there is a plugin available. That’s what we, SalesForReal, do. With a plug in or app the setup is rather easy.

The coding/app/plugin sends the values for specific parameters to Google Ads.  Typical values would be things like the Product ID, the Product price etc. Those values are used to create custom Audiences.  You can do that yourself, but Google Ads already sets some up for you. Those Google-created audiences are the ones you would normally start with and very often they are all you need.

Next Google Ads uses the custom parameters to compile ads which are very specific to the person being targeted.  In the case of an eCommerce store, the most common version of this would be an ad with a picture of the product or products a person looked at.  For an airline, it could be an ad about specific trips the person had shown an interest in.

There’s a general rule in marketing: The more specific a message, the more likely people are to respond to it. In the offline world, for example, one salesman talking to a specific customer is going tailor his message to the person in front of him.  That would get a hugely more succesful response than the chance of any single person responding to a billboard, because billboards by their nature target very general audiences.  And so in the online world, a banner ad which shows something related to a specific product someone has shown an interest in should get better response than one which shows any random product or general message.

And it does, according to this author’s experience.